One of the fellow professionals I admire is Wayne Hauenstein, who is a consummate training professional. He just shared a fun read blog on Coaching, by focusing on the styles and traits of superior football coaches. I believe you will enjoy this read.   We are sharing this in two blogs, the first focuses on College Football coaches, the second on NFL Coaches! Enjoy! 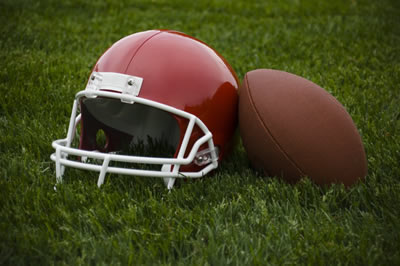 When it comes to team sports, the football head coach position may be the most complex and difficult to perfect. A head football coach – like any effective leader – must first establish the right foundation, culture and vision for the team. Next, they must be willing and able to adapt their style to match the personnel they have, as well as the competition they come up against and circumstances that may arise. They must surround themselves with solid assistants, and instill a clear game plan that everyone understands and can execute week in and week out. Most importantly, all coaches credit one or more influences for molding them to become the leaders they are today.

Here is the balance of Wayne’s blog, focusing on 7 Influential NFL Coaches

Favorite Belichick Quote:  “For a team to accomplish their goal, everybody’s got to give up a little bit of their individuality.”

Coach Belichick has spent 42 seasons as coach in NFL and won 4 Super Bowls as Patriots head coach. His teams constantly finish at or near the top of the American Football Conference, in spite of key personnel changes or injuries. Since future Hall of Fame quarterback Tom Brady joined the Patriots, the pair have been a “lethal” force. Read more about his approach.

Favorite Carroll Quote:  “People make mistakes all the time. We learn and grow. If there’s patience and love, and you care for people, you can work them through it, and they can find their greatest heights.”

Carroll is one of the few coaches who has been a success both as a college head coach and NFL head coach. He takes a positive attitude and approach to the game, and finds ways to bring out the best in his players and coaches. He currently has 1 Super Bowl championship and is a disciple of Belichick.

Favorite McCarthy Quote:  “The team that gets to play to their plan is usually the team that has the most success.”

McCarthy is lauded for his offensive prowess and support of his players and staff. The Packers have won their division 5 of the past 6 years and been to the playoffs the past 8 years. His team won the final 6 games this season to win the division again. Yet, fans impatiently wait for him to lead them to a 2nd Super Bowl championship. Read more about his approach.

Favorite Reid Quote:  “Respecting people is an important part of life, whether it’s the person doing janitorial work or the person above you. It doesn’t matter who you are:  I’m going to respect you.”

Reid has been a head NFL coach for the past 18 years, and has been in coaching since 1982. Players laud him for his focus on fundamentals and the positive support he displays for each and every player.Great article that chronicles his coaching career.

Favorite Tomlin Quote:  “If our team doesn’t face enough adversity early on in a season, I create it. Nothing builds a team like adversity.”

Tomlin is in his 10th season as head coach of the Steelers. He is said to have an uncanny ability to relate to his players through thick and thin. Tomlin also has a swagger and confidence that rubs off on his team, and will back them up and take the fall when needed.

Favorite Quinn Quote:  “The one thing I have learned, and you can really feel it, is if it’s the same messaging and phrasing every day, that consistency shows up in players.”

Quinn has successfully guided the Falcons to a NFC South Championship in his second season as head coach, having rebounded from a first year collapse that left many critics questioning his leadership readiness. Falcons players refer to the team as a “family”. They say Quinn is super supportive of his staff and team, focusing on vision, process and sticking to the plan.

Favorite Gase Quote:  “Jon Kitna told me in 2007, ‘Players don’t care what you’ve done in the past. They want to know how you can help them on the field, how you can make them a better player, and how you can get them paid.’ If you can do those types of things, guys will respect that.”

First year coach Gase has the Dolphins headed to the playoffs in his first year after starting out 1-4. He has opposing coaches in awe of what he has done in such a short time. Gase credits former head coaches (Nick Saban, Mike Martz, Bill Belichick, John Fox) and fellow assistants he has worked with for preparing him for the role and his focus on process.